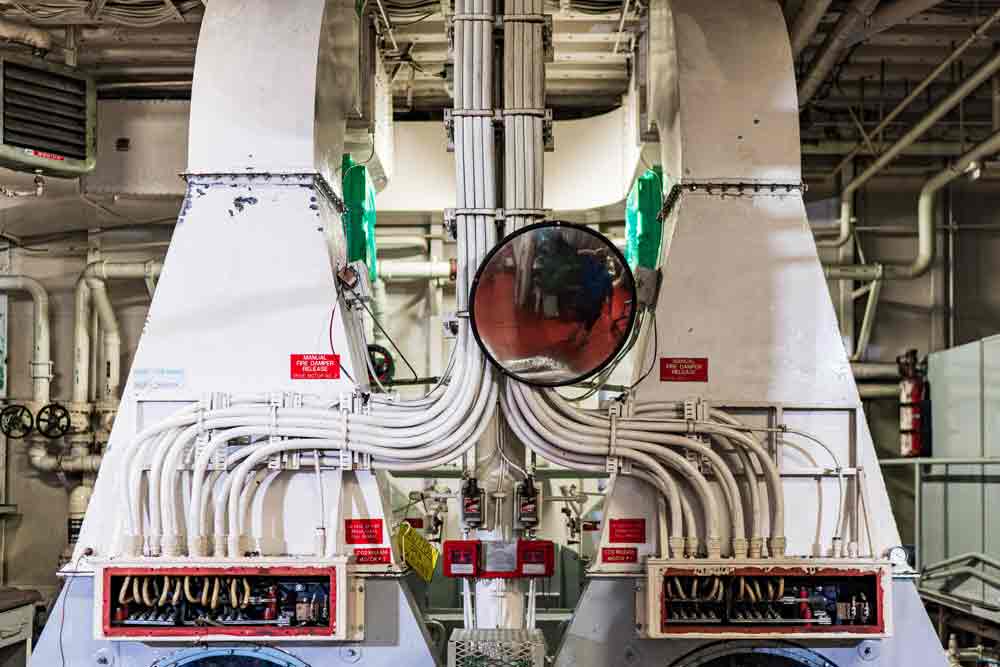 In 1870, Direct Current (DC) motors became the ubiquitous power source and moved the country into the second industrial revolution. Thomas Edison championed the DC power grid, which initially fed electrical energy into the factories to power these mammoth motors.

The DC motor was coveted for use because its speed and direction could be easily changed and controlled.  Think of how a vintage electric streetcar starts, increases speed, slows, and stops using DC motors; we’ve all seen this. Now think of a ship using DC motors, pretty much the same. The Evergreen State has 4 DC motors, two on each end, to drive the ferry through the waters and safely land at its docks.  Evergreen’s motors were built in 1931. They were made and first used on a US Navy destroyer escort which saw action in World War Two. After the war, they were removed and placed inside the Evergreen State during construction.  They are still running today after 60 plus years of plowing the waters in the Puget Sound as a Washington State Ferry.